The Blackwattle studios were located at 461-465 Glebe Point Road, overlooking Rozelle and Blackwattle Bay. The buildings dated from the late 1920s and were originally used as timber-drying warehouses and boatbuilding yards. They were described in a Leichhardt Council Heritage Assessment as rare examples of their type and historical reminders of the importance of the timber industry to Glebe’s past. These buildings have been demolished to make way for residential apartments. The main buildings, a large warehouse (the Long Building) and a boatshed, housed 110 studios and employed over 250 people. The tenants were mainly artists, artisans and craftspeople, including painters, boatbuilders, furniture makers, sculptors, ceramicists, photographers, film makers, computer graphics designers, architects, weavers, picture framers and art restorers.

The sale of Blackwattle studios and eviction of the tenants in June 2000 has meant the collapse of the largest artists community and the loss of the only remaining large arts and crafts complex in Sydney. Other artists colonies lost in recent years include the Silknit House in Surry Hills, Sylvester Studios in Redfern and Shepherd & Newman in East Sydney. Communities like the Blackwattle studios have been described as important breeding grounds for creative talent and incubators for small business, and in an enlightened city would be considered community assets.

The demolition of Blackwattle Studios is a great loss for the character of Sydney, where urban diversity, heritage and history is being swamped by unsympathetic development. The greed of developers and lack of vision by local councils and the Land and Environmental Court has created a bland uniformity of land use around the harbour, with a proliferation of residential apartment blocks on the foreshores and increased gentrification of waterfront areas.

The studios were some of the last working buildings on the waterfront. As the Blackwattle newsletter noted, in a generation there will be nothing to tell us that Sydney harbour was a working harbour, where people of all classes lived and where artists and craftspeople could afford to work. The waterfront has become dominated by luxury residential housing.

In November 1997 the State government introduced the Regional Environmental Plan 26, which reserved foreshore land around Rozelle and Blackwattle Bay, banning apartment and hotel development. The intention was to conserve heritage buildings and the land against the pressures of non-industrial development. REP26 did not cover Blackwattle Studios as they were privately owned, but as the architect Clarke Walton noted, the studios represented exactly what the REP26 was trying to preserve: waterfront industrial buildings, employment and heritage.

The Blackwattle site at 461-465 Glebe Point Road has had a varied history since 1884, when the Glebe Corporation yard began to use the land for Council works. From then until 1933 the businesses and private houses on this land were listed in Sands Directory at numbers 461, 463, 465 and 467 Glebe Point Road, and occasionally with no street number.

In 1904-1905 the house “Alston” was listed at 465, and “Bayview” was at 467. Sands Directory also includes the Glebe Corporation yard, the Standard Ammonia Company, the University Boat Club and a Fuel Merchant at this address. There was no 465 listed from 1907-1910. The address for “Alston” was now given as no. 461, and at 467 there were the Glebe Corporation Yard, William Caldwell, the Standard Ammonia Co, the boatkeeper Thomas Steele, “Bayview”, and the University Boat Club. There was also a Female Mission Home at no. 467, listed at 463 in 1912.

In 1915 the street numbers ended at 463, with only the Glebe Corporation Yard, Plymell Co paint works and Thomas Steele boatshed left. The Steele boatshed had gone by 1917. Thomas Jenkinson was listed at 465 from 1919-1921, along with the Glebe Corporation Yard. Daniel Hardy & Sons, Coachbuilders and Wheelwrights’ suppliers, made their first appearance at 465 Glebe Point Road in 1921, having moved from Pyrmont. They were listed at this address along with the Glebe Corporation until 1929, when the Corporation disappeared from the directories. D. Hardy & Sons, now described as Timber Merchants, remained at this address until 1972 when Parkes Development bought the property. Parkes Development was headed by Sir Paul Strasser, a friend and gambling partner of Bob Askin, the Liberal politician.

In 1976 or 1977 Parkes Development put in an application to demolish the building and construct residential apartments. This application was one in a long line of similar proposals by the company. They were responsible for the demolition of many fine old homes in the area, especially Stewart St, including Llangolan. The Blackwattle site was temporarily reprieved when Parkes Development went bankrupt after the credit squeeze of 1980-81.

In 1987 Leon Fink bought the site for $3,000,000. Opinion amongst the tenants was divided on Leon Fink as a landlord- was he a patron of the arts, or just another Sydney real estate developer? On the one hand he hung on to the studios for 13 years, and was lenient with overdue rents, often accepting art works in lieu of payment. However some say that Council zoning was the only barrier to his intentions to redevelop, and his remark that the land was “too good for artists” suggested to many that profit was his main motive. As early as 1988 Fink unsuccessfully applied to have Council zoning restrictions overturned.

By 1997 the studios were returning a annual rental income of $1.128 million, but land values in the area rose 30% that year, making redevelopment a more attractive proposal.

In September 1997 Leon Fink applied to Council to have the site rezoned residential, submitting concept plans which provided for a 12m strip of land for public access to the foreshore. The plans included seven blocks of units, a boat marina, and commercial space. Over 5,000 signatures were collected for a petition in support of the studios. The Blackwattle Tenants Association condemned the redevelopment proposal as destroying a socially, economically and historically valuable collective. The Director of the Historic Houses Trust, Peter Watts, spoke of the vibrant cultural energy that “exudes from every wall. It’s a wonderful industrial structure which still has exciting and viable use.” There were proposals to buy the Long Building and no. 463, with hopes that with a State loan the Leichhardt Council would buy the studios and develop them as a community arts facility.

The Leichhardt Council at first seemed sympathetic to the Blackwattle studios. The Council mayor Kris Cruden said “the Council believes that cultural tourism is the way that Leichhardt has to go”. In September 1997 when Cruden was re-elected mayor of Leichhardt she said would concentrate on trying to reduce the size of new development in the area, especially on former industrial sites which were being turned over to housing. However in November 1999 Leichhardt Council approved the D.A. for redevelopment. If they had not given approval the proposal would have gone before the Land and Development Court which is notorious for favouring developers over local communities and the environment. The Labour State Government made no attempt to prevent the Council from rezoning. In March 2000 Leon Fink sold the workshops to Greencliff developers for $20 million and within 6 months the buildings were demolished. 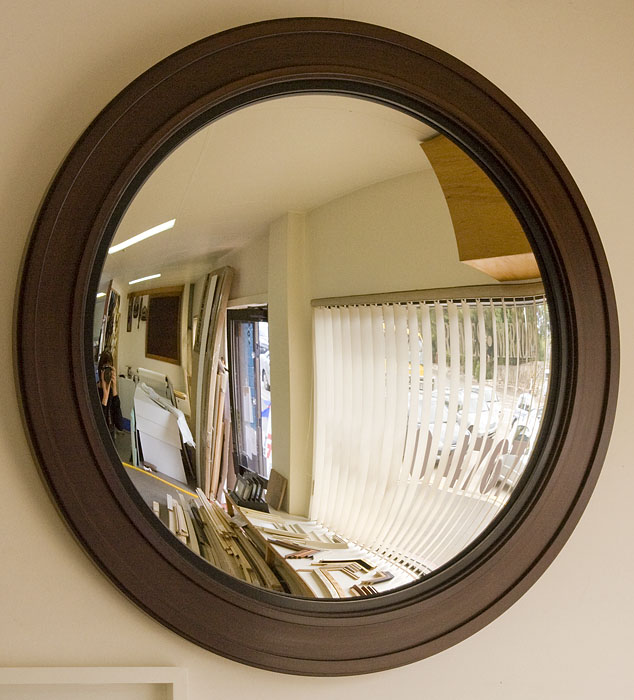